This paper proposes to add a ranking loss to traditional MLE based seq2seq abstractive summarization model such that it can be both used as a generation model and a reference-free evaluation model. Their idea is similar to dynamic oracle in parsing and their experiments show strong performance over baselines. 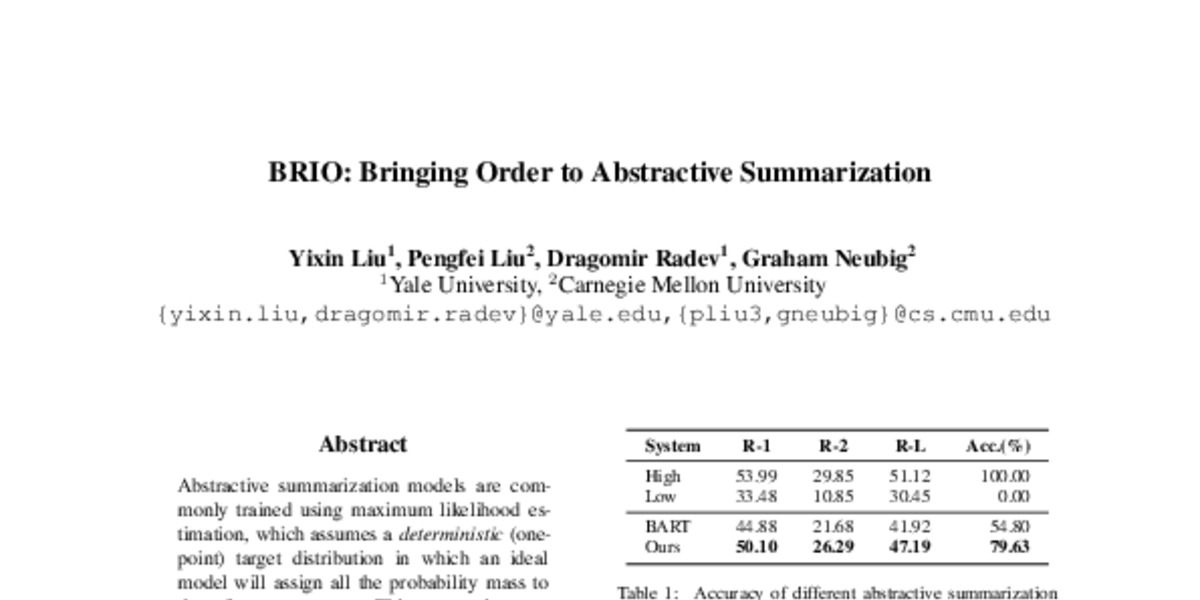