Pre-training Is (Almost) All You Need: An Application to Commonsense Reasoning

Pre-trained transformers might have already learned an intrinsic textual representation of a task without fine-tuning on that task. The authors proposed a learning-to-rank loss function tailored for plausibility ranking and achieved comparable results to supervised approaches.

Match a set of hypotheses to a given premise.

One common baseline is binary classification of each (p, h) pair. However, the authors show that their scoring function works much better when dataset is small.

The basic idea is to use the log likelihood of masked premise and hypothese as their score, then take the one with maximum score as the prediction. 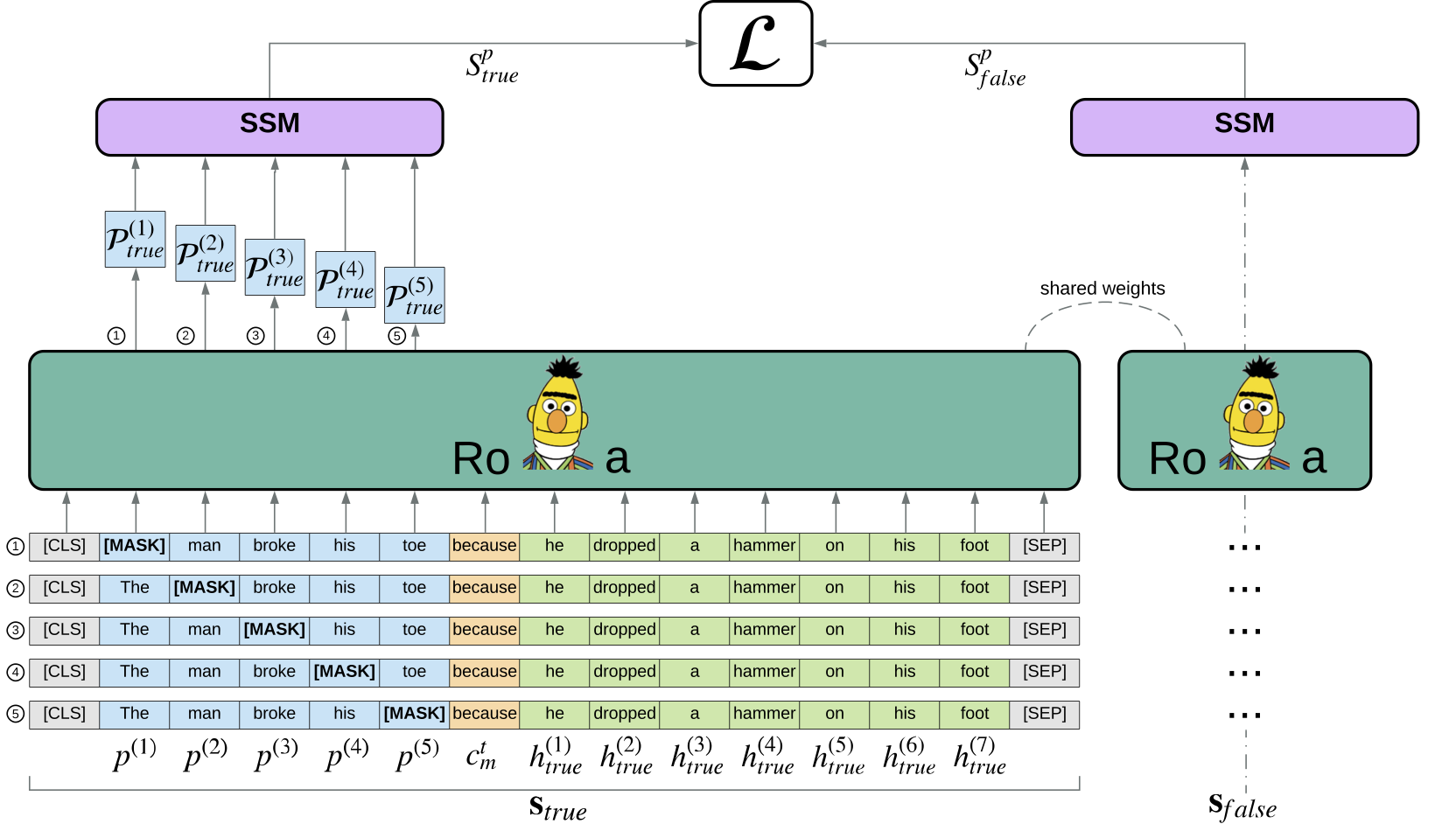 Note that [SEP] is not used between p and h, which is referred to as full-text format in this paper.

In supervised setting, the author proposed a margin-based loss: 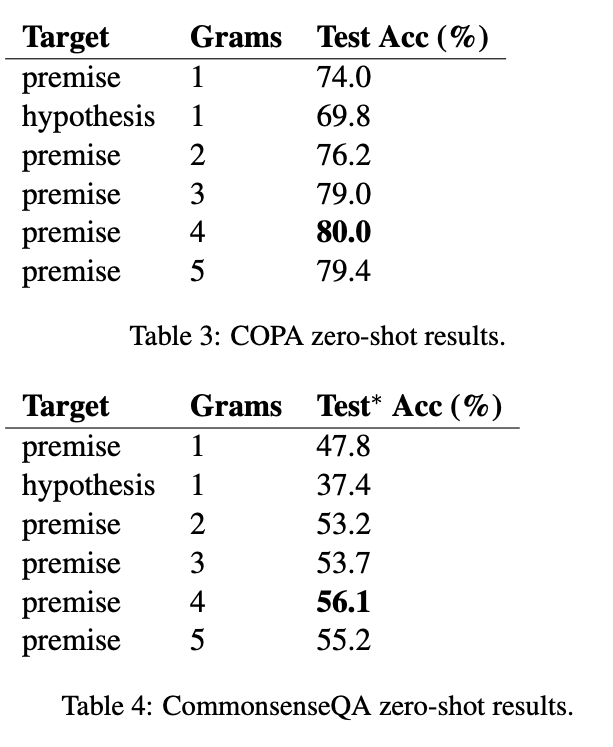 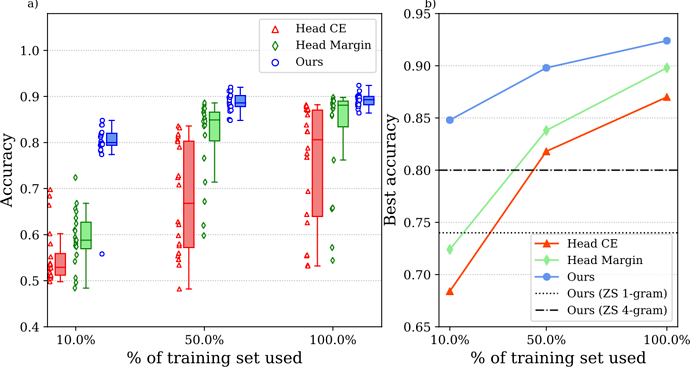 I would personally rate this paper as:

I know pretrained MLM encodes lots of knowledge but don’t know to which extent it encodes. This paper shows that on some dataset it can be very close to fine-tuned models.

Their scoring function is quite novel to me and possibly can be used in other language modeling scenarios too. Pre-training Is (Almost) All You Need: An Application to Commonsense Reasoning