The main idea is forcing the model to produce similar prediction for neighboring data points.

where \mathcal{L}(\theta) is the loss function defined as

\ell_{\rm s} is chosen as the symmetrized KL-divergence, i.e.,

\tilde{x}_i is the generated neighbors of training points, serving as augmented data as shown in the following figure. 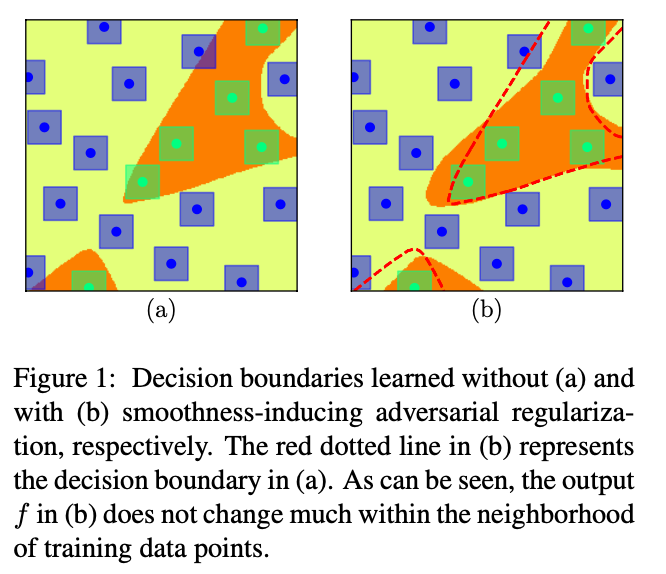 It’s nothing else but a regularization term forcing the updation of parameters to be gentle.

where \mu>0 is a tuning parameter, and \mathcal{D}_{\rm Breg}(\cdot ,\cdot) is the Bregman divergence defined as

\ell_{\rm s} is the symmetrized KL-divergence mentioned above.

This paper looks scary at the first glance as there seems to be a lot of equations. But it turns out to be easy to follow.