Supervised and unsupervised style transfer are often regarded as two independent paradigms, this paper proposed a semi-supervised method to bridge the gap between them. They train 2 S2S models in each style then learn 2 project functions between the latent space of the 2 encoders. The S2S models are denoising auto-encoders which require no parallel corpus. Once encoders are trained in each style, their hidden states are projected into the latent space of their counterparts under two criteria:

To exploit non-parallel corpora, they propose a cycle projection method inspired by back-translation in machine translation, which is similar to the two criteria above. 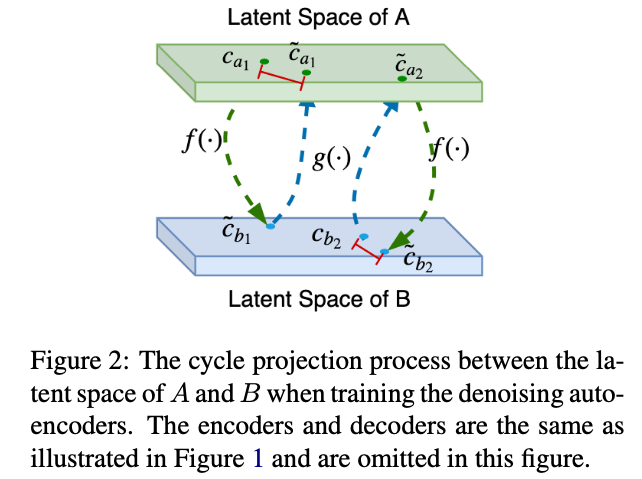 These ideas are amazingly simple, but they turn out to be quite effective. The only weakness of this paper is that its writing is a little bit confusing. They could have presented a little more intuition before throwing out lots of equations.