QA-GNN: Reasoning with Language Models and Knowledge Graphs for Question...

This paper combines language models with knowledge graphs to improve inference in QA. Since KG nodes are noisy, they concatenate each KG entity to the QA context to score its relevance and use the relevance score as part of the feature for attention computation in GAT. Their models performed comparable to existing models with similar size but worse than large models like T5.

We first embed the relevance score of each node t by 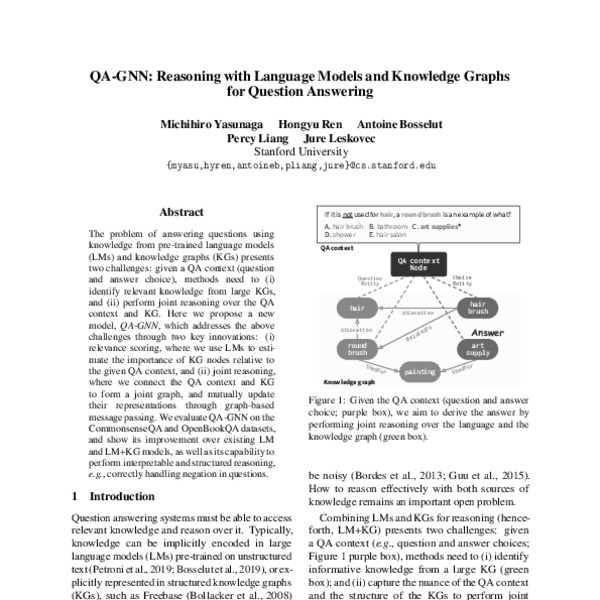 QA-GNN: Reasoning with Language Models and Knowledge Graphs for Question...