This short paper tries to support a triadic design of future hybrid systems with neural models as perception, KB as memory and inference engine as inference backbone. Their argument is that probing the concatenation of object and subject contextualized word embeddings cannot predict their relation. 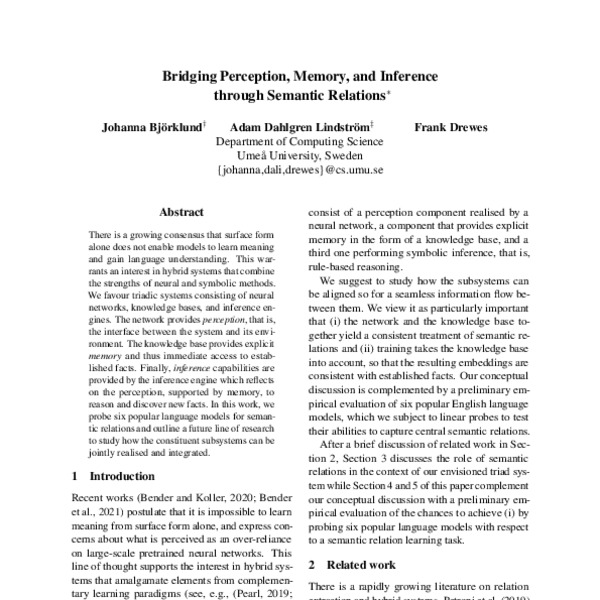