This paper proposes to train a hyper-network to patch the factual knowledge in PLMs. Specifically, they train a BiLSTM to predict the update to a PLM given the sentences to be corrected and another set of sentences that are not intended to be modified. Their training objective is a vanilla log likelihood constrained by a condition that the KL divergence of distribution of non-modified sentence pairs before and after updates is less than a margin. 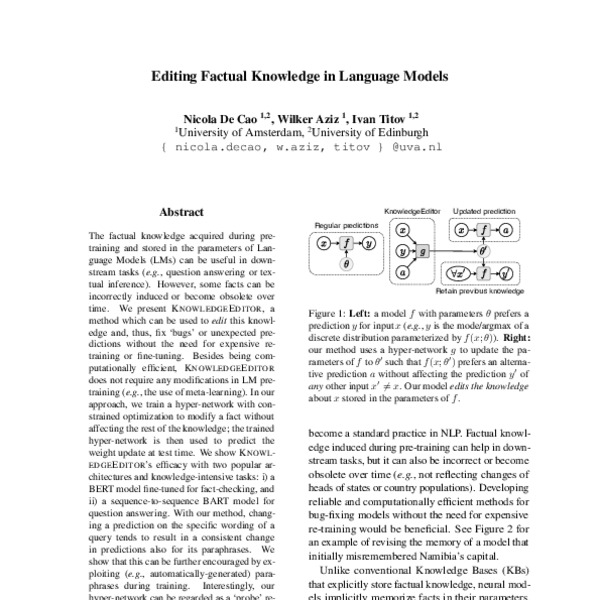