This paper adopts the Break-It-Fix-It framework from code repair task to GEC by replacing the oracle compiler with their proposed LM-Critic. LM-Critic works by evaluating whether a sentence is grammatical or ungrammatical, according to whether it has the largest LM probability among a set of local neighbors generated by a heuristic perturbation function. After dividing unlabelled dataset into good and bad ones, they apply a pre-trained fixer to the bad ones and access if the results are good using LM-Critic. Then they train a breaker on the resulting paired data. After that they apply the breaker to the good ones. Finally they train the fixer on the newly generated paired data and the first and the third steps. These steps run multiple cycles. 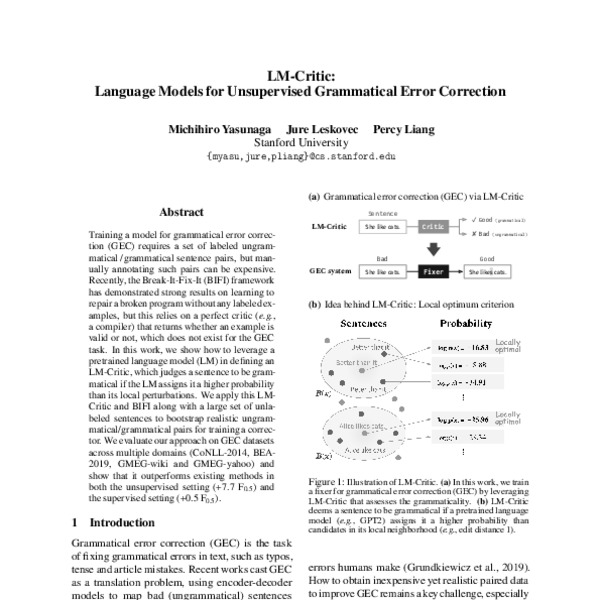