This paper proposes a recurrent structure to mimic the auto-regressive Transformers such that their quadratic time complexity is reduced to linear.

They replace the softmax attention heads with a MLP-dot one and limit the later tokens to attend to only previous ones. 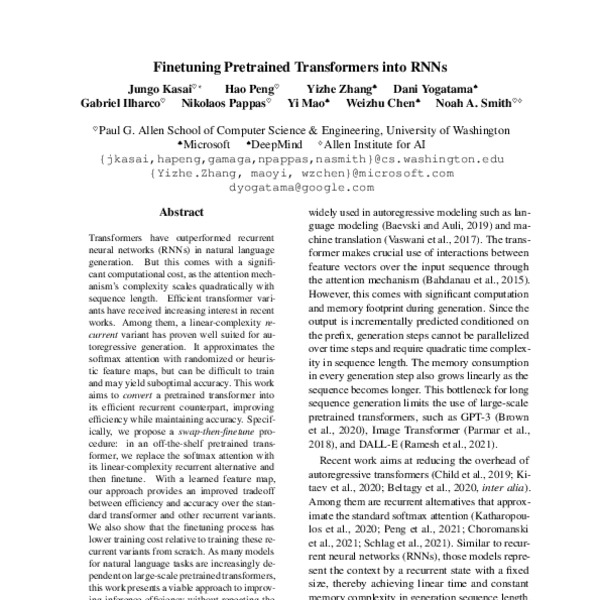